Planning for our Ladies Beach Vacation to Mexico has been the shining beacon of hope that has gotten me through the Cleveland winter and “spring.” Picking the all-inclusive resort, planning outfits, and treating myself to new bathing suits have helped distract me from things like snow in March and minimal sunshine. But with all of that time to plan, I may have gone a little overboard on my LBVtM prep activities. Enter baby’s first bikini wax.

(Potential TMI alert for the rest of this post.)

I’ve been getting my eyebrows and upper lip waxed since I was 11 and a male classmate (who shall remain nameless because I am a kind and generous person) commented on my mustache in the middle of Social Studies. I just like to think that he was jealous that he couldn’t grow one himself.

At my next haircut, I asked (ok, I probably told my mom to ask) my hairdresser how to get rid of my facial hair, and he went to work de-fuzzing my pubescent face. I looked in the mirror as he described how groomed eyebrows open up your face, and I was hooked.

From that appointment I went directly to a friend’s birthday party, where I rolled up with a shiny, pink, freshly-waxed face as Britney’s “I’m Not a Girl, Not Yet a Woman” played on a loop in my head. I had arrived.

So, with more than 15 years of facial waxing experience under my belt, you could assume that I had experimented with waxing other parts of my body. You would be assuming incorrectly. But with packing lists finalized, day trips discussed, and the requisite mani/pedi booked, I had run out of ways to distract myself until I could officially put up my “Out of Office” notification. That’s how I found myself sitting at a salon, about to pay money to have a stranger rip hair off of my lady parts for my first bikini wax.

I followed Michelle’s advice and went to her go-to waxing lady, Claudia at Charles Scott in Rocky River. I took two Advil about 20 minutes before my appointment in hopes to dull the pain. Claudia took me back to a tiny little room with a table/bed thing that looked like what you would find at a doctor’s office. She laid some paper out on the table for me to sit on, then handed me a small, plastic-wrapped package. The package honestly looked like a jumbo tampon, but to my horror, it was instead the disposable underwear I was to wear for this procedure.

Now, a word about this disposable underwear: I was assuming it would be like underwear. It’s not. It’s essentially a strip of that gauzy stuff hospital hairnets are made out of attached to a piece of elastic. I felt like I was wearing a loin cloth, except with less coverage. This garment was moved around enough that it served no real purpose except to trick me into thinking I was somehow not naked from the waist down.

I laid on the table with my legs dangling over the end, and Claudia got to work. She asked if it was my first bikini wax, and told me not to worry. Claudia is very professional and moves pretty quickly, so quickly that I barely had time to process how awkward this was. I just thought of it as a doctor’s appointment, which helped with the uncomfortable fact that a stranger was getting up close and personal with my bits. I employed my standard waxing breathing exercise (breathe in while she’s getting everything ready, breathe out when she pulls), and it wasn’t all that bad.

Within ten minutes I was a little swollen, definitely sore, but it was over. I got dressed, paid, and left. All told, I was in and out in 20 minutes. I didn’t cry, scream, or kick Claudia, so I was feeling pretty proud of myself.

The aftermath was almost worse than the appointment itself. The swelling and soreness continued for a bit, and there was some blood (wear your worst underwear). But by the next morning, I could hardly tell that I had had a bunch of hair violently removed from my body.

For all of the dread that I felt leading up to my first bikini wax, it really wasn’t bad at all. A little awkward and certainly painful, but hopefully worth it in the end. I guess we’ll find out when I hit the beach in Mexico! 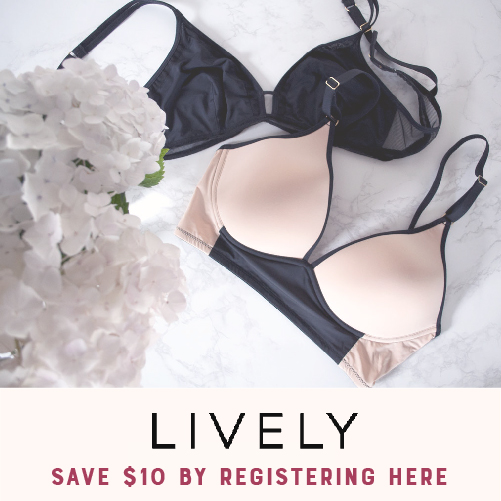